Live it’s pre-Christmas campaign in 2017 achieved far higher conversion rates than usual. The secret? Comprehensive customer analysis and a combination of online data and data from Bisnode laid the foundation for an accurate, personalized campaign in digital channels.

Live it is Sweden’s biggest supplier of experiences in gift form. The company was established in 2005 and is now a market leader. Live it has a clear growth plan and a strategy of switching to data-driven communication.

“We invest a great deal in our marketing. That’s fine with us but the challenge is to ensure that we get leverage and reach customers that drive value. We must always be able to evaluate what is and isn’t working,” says Stefan Osmund, President of Live it.

The catalyst for taking a data-driven approach was Live it’s desire to maximize conversion rates during its December 2017 campaign – one of the company’s busiest sales periods of the year. Work began with a comprehensive analysis at the beginning of the year.

To get to know Live it’s customers better, Bisnode analyzed customer transactions for the past three years. The first step of a data-driven approach is to identify and analyze the customers who drive value – who is buying what, why are they buying, who are they buying for and when? 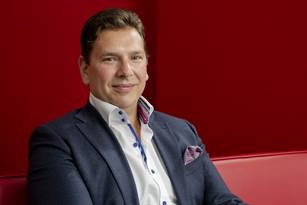 Stores: Two stores in Stockholm, Sweden, and a web shop.

Stockists: The experience boxes are sold by Åhlens and Coop, etc. Gift cards are also sold at selected service stations, Pressbyrån and SevenEleven, for example.

“The analysis enabled us to divide Swedish consumers into different target groups based on the likelihood of their buying something from Live it. Live it could then prioritize consumers with the highest potential in their continued campaign efforts and allocate most of their budget to these people,” says Tove Mathiasson, one of Bisnode’s analysts who was involved in the work.

“The analysis provided answers not only to who Live it should cultivate but also to what should be communicated to various target groups and when major campaigns should be planned for.” By analyzing Live it’s customer data and merging it with Bisnode’s data, as well as insights into how consumers behave online, Live it was much better placed to reach people who are interested in their offering.

“For example, Live it was able to target its Facebook ads very effectively because we knew which target groups are likely to convert there. Furthermore, Bisnode’s consumer data could be added to Facebook’s data when targeting ads, which results in far more accuracy,” continues Mathiasson.

Bisnode could also provide rewarding insights into how to reach the different target groups when designing the message and choosing channels.

“Bisnode was a welcome advisor on, for example, ads on social media. They carried out A/B testing to find out which formats resulted in the best conversion and made adjustments during the campaign period. They also helped us with where our programmatic display purchases should be positioned to reach different target groups,” says Osmund.

“Today we know what people are buying, for whom and why,” says Osmund. “We know which target group segments to cultivate and can adapt the communication and offerings accordingly. We know the buying patterns of the various target groups for Live it’s products as well as where to find the target groups and how to reach them.”
During the analysis some hypotheses were identified which were tested during the campaign and the outcome clearly shows fantastic results.

“One hypothesis was that we have great potential for geographic expansion. We therefore wanted to look at the target group in Stockholm with strong purchasing power to see if we could find similar buyers in other regions, starting with Gothenburg, and communicating in the same way there. We were also able to adjust small details during the campaign, such as basing AdWords on the geolocation and creating a landing page with experiences just in Gothenburg. This truly paid dividends – the number of orders went up by 47 percent, the cost per order went down by 53 percent and the total cost in the region fell by 37 percent.”

The team also suspected after the analysis that were was strong potential for repeat purchases among customers who had already made purchases from Live it. Existing customers therefore became a separate target group and the focus of specific Facebook ads during the campaign period. On Facebook, Bisnode’s data was added to Facebook’s own data for increased accuracy, and conversion for existing customers was nine times higher than before.

“Live it’s results are tremendously strong testimony as to why companies should invest in data-driven marketing. Quite simply it’s smarter, more profitable and more effective because you know where you should be spending both your time and money. People tend to have ideas about how things are instead of finding out the facts.

Obviously if you guess your way through, the results won’t be as good,” Mathiasson concludes.

Do you also want your digital marketing to be more accurate?
Bisnode adds unique customer data to optimize your digital campaigns. We guarantee increased conversion rates! Read more about our offering Display Advertising