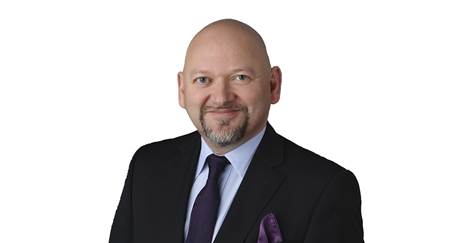 “In Q4 2014 Bisnode grew in all major markets except for Sweden. Bisnode’s management now has its main focus on the Swedish business, with the ambition of taking further steps to ensure profitable growth in all markets”.

Events after the balance sheet date

“There is a growing demand for services and solutions that can help companies to gain actionable insights out of data, and Bisnode of today is well positioned to help existing and new customers achieve that.”We are continuing to develop Bisnode, decisively and with a high tempo and determination. On 22 September we launched the next stage of a plan that is aimed at accelerating the transformation of Bisnode into a strategic supplier of decision support products and services to new and existing customers.

The transformation from a silo-based setup to a “One-Bisnode” structure has been ongoing at a high pace since 2012. There is still much more to do but we can clearly see that the strategy, aimed at helping customers to make “Smarter Decisions”, is starting to pay off. By looking into our pipeline of potential new deals, it is clear that customers are interested in investing in our new value-added solutions – solutions that were not possible to create in the old structure.

We have also noted that Bisnode is attracting really outstanding individuals who want to join our ambitious journey. In Q4 2014 Anne-Marie Andric took up duties as the new CHRO for the Group and Anne Årneby came onboard as the new CMO for the Group. Our new CFO, Anders Berg, started in January 2015. With these new recruitments we have assembled a senior Group Management Team that is ready to further boost the speed and level of ambition in our transformation.

Bisnode improved its underlying business during 2014, with organic revenue growth in Q4. That is a fact that has been hidden by three underestimated effects of the transformation;

2014 was a successful year for Bisnode Norway. With a state-of-the-art offering, we can provide our Norwegian customers with competitive solutions. In Q4 2014 Norway grew by 4.8 per cent. Norway will finalise its “One-Bisnode” structure in Q1 2015.

Finland is on the right track and has continued to gain market share in Credit Solutions but is still struggling within Marketing Solutions due to structural market changes. We have the broadest offering on the Finnish market and expect this advantage to continue to pay off going forward. Profit close to doubled in 2014 compared to 2013.

The acquisition and integration of Debitor Registret were well managed and Denmark is on a growth trajectory. We are seeing a rising trend in both revenue and profit, with organic growth of 7.9 per cent in 2014.

Our countries in the Central European Region have shown continued positive development. We are climbing in the value chain and are constantly delivering new and more advanced solutions.

For DACH, 2014 was tougher than we anticipated at the beginning of the year, especially for Germany. By taking decisive action, we were able to address the challenges and left 2014 in better shape than we began it. We have made substantial changes in Germany and these have now been fully implemented, which gives us greater comfort for the situation going forward. Both revenue and operating profit grew in Q4 2014 compared to Q4 2013, with organic growth of 3.0 per cent for the quarter.

In Q4 2014 Bisnode grew in all major markets except for Sweden. Bisnode’s management now has its main focus on the Swedish business, with the ambition of taking further steps to ensure profitable growth in all markets.